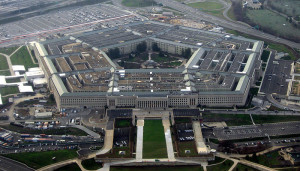 At a troop event in Kandahar, Afghanistan on Sunday February 22, Defense Secretary Ash Carter said when asked about his thoughts on transgender military personnel serving openly that ““I don’t think anything but their suitability for service should preclude them,” opening the door up to speculation of allowing people who are transgender to serve in the military.

According to a Pentagon transcript of the meeting, Carter continued, “I come at that from a fundamental starting point. It’s not something I’ve studied a lot since I became secretary of defense. But I come at this kind of question from a fundamental starting point, which is that we want to make our conditions and experience of service as attractive as possible to our best people in our country. I’m very open-minded about — otherwise about what their personal lives and proclivities are, provided they can do what we need them to do for us. That’s the important criteria. Are they going to be excellent service members? And I don’t think anything but their suitability for service should preclude them.”

The repeal of “Don’t Ask Don’t Tell” allowed gay, lesbian and bisexual people to openly serve in the US Military; people who are transgender were still barred from service based on outdated materials from 1990. Since DADT was a law that needed to be repealed by Congress, the ban on people who are transgender serving in the Military is a policy and therefore would not need to approval of Congress.

The Palm Center issued a report in March of 2014 stating, “We find that there is no compelling medical rationale for banning transgender military service, and that eliminating the ban would advance a number of military interests, including enabling commanders to better care for their service members.”

“Military regulations should be stripped of enlistment disqualifications for transgender conditions, whether defined physically or mentally, as well as retention provisions that specify gender identity disorder as grounds for administrative separation. Transgender personnel should be treated in accordance with established medical standards of care, as is done with all other medical conditions.”

The Colu.mn reached out to Landon Wilson, who lost his military career as a result of being transgender stated, “Secretary Carter and the Obama administration are only reaffirming what an estimated 15,500 active duty transgender service members and 134,000 transgender veterans already know: gender identity alone should not disqualify an otherwise qualified individual from serving their country. The statements made recently are some of the most positive we’ve heard since former Defense Secretary Hagel’s openness to conducting a formal review, but it’s now more clear than ever that our leadership is aware that an inclusive, supportive environment makes for a stronger working force.”

A former U.S. Air Force Staff Sergeant from Minnesota who wished to remain anonymous told TheColu.mn “As a highly decorated veteran who served honorably as a non-commissioned officer, I was forced to choose between my beloved career in service to this country and living my life as my true and authentic self. I had to allow myself to be discharged after only six years of service so that I could pursue a medically necessary gender transition that would have in no way interfered with my ability to continue my meritorious service. This has stunted my career and I continue to find myself without employment.”

The American Psychiatric Association’s Diagnostic and Statistical Manual of Mental Disorders 5th ed. (DSM–5) no longer classifies gender non-conformity as a mental illness and while military regulations are updated to reflect revisions of DSM for nontransgender-related conditions, regulations have not been amended to reflect scientific consensus about gender non-conformity.

Photo: The Pentagon, David B. Gleason