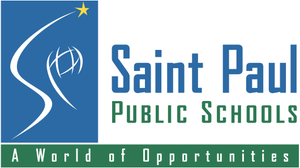 The second reading of the St. Paul School Districts Gender Inclusion Policy took place on February 17, almost a year to the date of when the St Paul School Board first began work on the policy.

Following reports of students being harassed and discriminated against for their gender identity, the policy aims to remove the inequities reported by LGBT students. Inequities that have been raised by the transgender and gender non-conforming student body include:

And continues to define the scope of gender, gender identity, expression, intersex, gender non-conforming and continues to ensure gender inclusiveness and access to programming and facilities.

Public comments on the policy were limited to three minutes per speaker and students were encouraged to speak first.

Eleventh grader Jessabell was in support of the policy stating, “I’m here to talk about the gender inclusion policy and I think this policy really just makes students feel safe in school. This is something I believe should be pushed forward because that’s all we really can do is move forward and not back. I want to be able to be myself at school.”

Siren, also in the 11th grade, gave an emotional testimony about the awkwardness of being split in the classroom according to boys and girls and having to be the “one kid that stands in the middle because you are not sure what side to go to. Its something that is pretty indescribable.”

She continued to speak about the educational value of learning more about Stonewall Riots, trans-women of color and how she “would love to learn about native people and their…people referred to as two spirit, but its erased from our curriculum but it very much does exist.”

Heather, the parent of a five year old transgender daughter told the story of how they thought they gave birth to a baby boy, but soon learned that they had a daughter. “I just wanted to show you a picture of my daughter,” Heather said holding up a photo, “she is five years old and she’s in the St Paul Public School District in kindergarten this year. When she was first born, we thought we had a boy, but since then she has taught us otherwise and is now going as a girl for almost a year and a half.”

“I applaud the gender inclusion policy that is under consideration by the school board. it will give children like mine a chance to be themselves at school without worrying about everyday things like which bathroom to use , whether people will address them respectfully, or whether anyone will call them out for joining activities and groups according to their gender identity. Transgender students face many difficulties but school should not be one of them.”

Heather concluded with “We have as a family successfully navigated judgment from others and many other hurdles together and to me she is the happiest little girl ever.”

As the meeting progressed, there was more interest and testimony from parents and educators in support of putting iPads and Prometheus Smart Boards in the schools to enhance the students learning experience. Rounding out the public comments portion of the School Board meeting was Timothy Kinley, the only opponent of the gender inclusion policy.

Timothy Kinley has a cable show called “speechless” and stated, “My child at the age of 2 came out and self identified as a horse and during that time she also self identified as a dog, a cat an elephant and a lot of different animals but she eventually settled on the idea that she was a horse….once she became older, she decided that her name should be Mr. Ed, and who was I to say differently, because that’s what she thought she was and that’s what she wanted to be called. So I would appreciate that the school accommodates her name Mr. Ed and also provide bathrooms for all the other animals so that they can feel comfortable … of course I’m being facetious here, a little sarcastic and i think …”

Timothy Kinley was then interrupted by the school board chairperson Mary Doran for his inappropriate attitude.

Mr. Kinley replied that he “has freedom of speech and people may not like it but you need to be quiet…point of order. I am being facetious and sarcastic and what i want the board to do is to help these kids.” At this point, Timothy stated, “I happen to go to a church with over 200 families that have put off the homosexual lifestyle, the abusive nature of that lifestyle, they have joined the word of god, they are excited and i want the board to reconsider this ….”

Chair person Mary Doran then took a break from the meeting and officially apologized for Mr. Kinley’s inappropriate comments.

TheColu.mn caught up with both Siren and Jessabel after the meeting concerning Mr. Kinley’s speech to see if they had taken offense to his comments.

Siren lamented that, “I really thought that he was going to talk about the identification of another kid and that it would go positive, but it went down hill really really quick. I think I could have tolerated it if he would have just gotten done with it but he had to make the comment that it was facetious and sarcastic, and that really set me off… because your not being facetious you are being blatantly rude.”

Jessabell simply stated that, “He just made a joke of himself more than anything.”

The third and final reading of the draft will happen on March 17th when the policy is expected to pass.