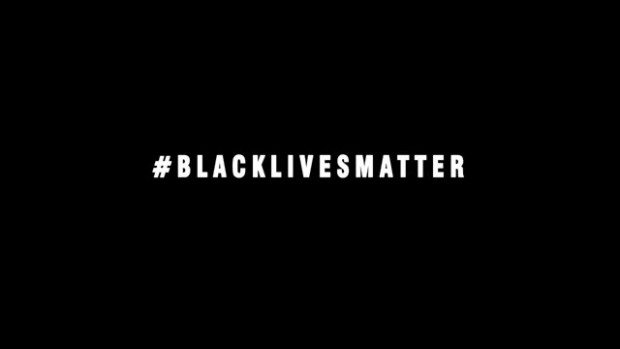 I don’t believe I will write anything, say anything, that has not already been said or written. I, in so many ways, am repeating what my other fellow queer people of color and what other queer and trans black folk have been saying for a long time, and what we are saying right now. So, I am hoping that I am simply supporting the articulation of ideas and messages that have already been pronounced in this world, but with urgency, in hopes that they reach your ears, your eyes, your hearts, and your bodies, in a way that yields concrete changes in our behavior and in our organized interest as a collective, as a community.

There are queer and trans black people whose lives have been in so many ways neglected by our political and social agenda as a broader queer community, and it is time that their interest, their self determination, their worries and concerns, be at the forefront of our consciousness. This is not a moment of Civil Rights movement nostalgia. This is a continuation of a struggle against centuries of genocide of black folk in our country. For those who may balk at that use of that term, I invite you to accept it and it’s appropriate use. For a second, consider what genocide is and how it is articulated in our history, even our world’s history. It will then make sense to name this movement against police brutality as such. Genocide is the systematic elimination of a particular group of people on the basis of their identity. We often uphold the Holocaust or the inter-ethnic conflict in Rwanda as examples, but we very rarely point our fingers at the history of slavery, Eugenics, Jim Crow, The War on Drugs, The War Against Terror, and the modern private prison system in this country and how it is intimately tied to the myriad of ways in which black people have been targeted for extermination and exploitation.

Consider the systemic nature of violence endured by black people. When every 28 hours a black person will be killed by vigilantes or police, that is a systematic targeted killing on the basis of race. When, according to the Hate Violence Report released by the National Coalition of Anti-Violence Programs, 73% of all anti-LGBTQ homicide victims were people of color, and 53% of anti-LGBTQ homicides were trans womyn, that means that trans black womyn are targeted to be killed on the basis of their race and gender identity. When over 80% of the prison population is comprised of black bodies but black people only make up 33% of the population in our country, and most of them are in prison because of low-level offenses, that is, again, evidence to show systematic targeting is in place. I need not exhaust you with the copious amounts of data and research that has been done to illuminate the years of housing discrimination, employment discrimination, voting rights elimination, and the decimation of public education, and how all of that is happening mostly in black communities. Therefore, we need to simply hold this idea, this truth: black people, who are indeed both queer and trans, are systematically targeted to be killed and have their lives ruined.

Justice for them would potentially relieve the pressure of applying such a label to this history of violence, but such a notion is absent in our judicial system. Simply examine the recent cases and instances of violence against black people as a whole: Aiyana Stanley-Jones, Trayvon Martin, Eric Garner, Michael Brown, Terrance Franklin, Tamir Rice, Lamia Beard, Ty Underwood, Islan Nettles, and Goddess Edwards. People will point and say, “Cece was freed!” as if that moment is some exception. We must recall that within that instance, it took community organizing and persistent pressure to achieve such a victory. Furthermore, it does not account for the many times justice wasn’t served. Until justice happens every time, until true systemic change occurs, and until black people as a whole do not have to worry about their lives ending before they can achieve their dreams and express their self determination, we should be focused on how our efforts as a community will provide for their well being and liberation, and most especially for those within our community. Indeed, we should be celebrating their lives and the fact that many of our black queer and trans brothers and sisters are still here despite the genocide that is taking place. It is also important to remember that we are implicated in their struggle. As non-black LGBTQ people of color and as LGBTQ white people we have historically been susceptible to the cross hares of systematic violence at the hands of police and vigilantes. That is why we need to shift our focus for this year’s Twin Cities Pride.

Many are aware of the origins of Pride. It started off as a protest, back in the ’70’s, after a series of riots sprang up across the country- from San Francisco in the Sirloin district to Stonewall Inn in Greenwich Village. The rioting was a response to instances of police brutality, triggered by the assault of LGBTQ people, including queer and trans people of color. Remember, anti-sodomy laws were on the books in our country all the way up until 2003 and in many states, “cross dressing” was also illegal, which was the way in which criminalizing and brutalizing trans individuals was legitimized. Even here in Minneapolis, historically, police arrested and brutalized queer people in Loring Park. Marches and rallies under the banner of Pride thus emerged as an organized response, as resistance, to the dehumanizing impact of police brutality. They were public statements that our lives mattered, that we are here, and that we are human beings worthy of life and self determination. Such actions, such protests, were part of the pressing need to initiate that cultural shift to acknowledge that we are human, that we are a part of many communities, and we have a right to live without the fear of being brutalized and killed on the basis of our gender identity and expression and our sexual orientation. Regardless of the critiques surrounding the contemporary manifestation of Pride marches and rallies, Pride developed out of a loud booming moment for us to articulate as a collective: we are here, we will not be ignored, and you will not kill us or throw us in prison, and our lives have value.

Today we see, as we have seen in the past in so many instances within our community, that queer black womyn are leading organized efforts to consistently affirm a related message: black lives matter. From Ferguson to Oakland and from New York to Minneapolis, protest have occurred to demand that things change to embody that very simple fact. There are specific demands that many of these organized groups have. You can very easily refer to the Facebook page of Black Lives Matter Minneapolis and see for yourself that their demands are more than reasonable. At the heart of it all, these demands are a cry that resonates with the legacy of Pride across this nation. So this year, to honor that legacy that had already implicated the fate of queer and trans black people, it is only appropriate for Twin Cities Pride to change its theme this year to #BlackLivesMatter and to focus all of the activities around that theme. It is important because we need to remind the world that our community is truly a community and that when we are talking about justice we truly mean justice for everyone in it. It is important because the people who are at the forefront of this movement, and those who came before them, are part of our community. Changing the theme and focus of this year’s events will have incredible effects. Most importantly, it will signal to the nation that police and vigilante violence, as it was in the past, is still unacceptable. We must move with our black trans and queer brothers and sisters to affirm their efforts in resisting genocide. It is is a moral obligation we have as a community. Anything short of that is complicit in condoning violence against their bodies.

It takes great courage to stand up in solidarity with those who are most marginalized in our community, but when acted upon, the support that often pours out from community is tremendous. For those who are afraid that centering this year’s theme on black lives in our community may divide us, I ask us to reflect upon the reasons behind articulating an “LGBTQ” struggle and why it was so important to do so. I ask you to think about the many Facebook comments in response to Twin Cities Pride’s request for suggestions for this year’s theme and how they have shown overwhelming support for choosing #BlackLivesMatter. Currently, over 80 people have liked Riley Davis’ comment, which illustrates such a bold move is wanted and needed. I ask you to reflect upon this notion that elevating the voices of those most marginalized in our community is really “a sacrifice”. I don’t believe it is. Maybe, instead, it is an opportunity to send a stronger message and to support a movement toward greater social change. I challenge you to constructively consider how this is our moral obligation, especially if we believe in the history of our movement and how truly intersectional our fates are as a community. I also would like you to reflect on the haunting words of the great spoken word poet Staceyann Chin. In her poem All Oppression is Connected, she leaves us with this piercing thought:

“…we are not simply at a crossroads
we are buried knee deep in the quagmire of a battle for our very humanity
the powers that have always been have already come
for the Jew
the communist
the trade unionist
and the terrorist
the time to act is now!

Now! while there are still ways that we can fight
Now! because the rights we have left are still so very few
Now! because it is the right thing to do
Now! before we open that door to find that they have finally come for you”.

I implore you to act now, and establish this year’s theme for Twin Cities Pride as #BlackLivesMatter. Show our community what leadership and solidarity can look like and stand on the right side of history. Stand with those who we claim as part of our community-our black trans and queer brothers and sisters.

With love and peace,

Community Voices is a forum for opinion, commentary, and letters to the editor. If you have a submission, please send it along by visiting our contact page. Submissions are published at the editor’s discretion with direction from The Column’s Board of Advisors.