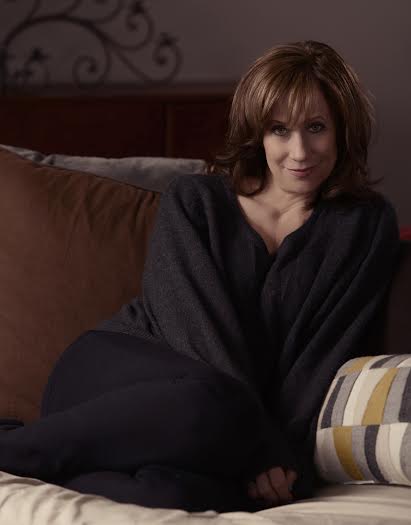 What will political comedy look like without Rep. Michele Bachmann? Learn the answer to that and more at “Lizz 2014: Plan B from Outer Space,” at Cedar Cultural Center Dec. 27 and 31. 7:30 p.m, where Lizz Winstead will recap 2014. Ebola, Pointergate, ISIS, Grapegate, and Bill Cosby, no topic will be off limits for Winstead’s sharp, edgy and outrageous political commentary.

Winstead, the co-creator of the Daily Show, co-founder of Air America, and longtime standup comic, hails from Minneapolis.

“I’ve often said I would not have a career if it wasn’t for the gay men of Minnesota who came to my shows religiously,” Winstead told The Column. “I performed at some of the gay bars some, are not even there anymore, there was one I can’t even remember the name of it, it wasn’t one of the traditional ones, it wasn’t the 90s or the Saloon. It was on 5th street kind of behind the Loon kind of thing.”

“It was really fun. I wish I could remember what it was called!”

Winstead returns to Minnesota frequently to do her yearly show, to visit family, and to help advance equality, as she did when Minnesota was faced with an anti-gay marriage amendment.

“I come back to Minnesota a lot, between 4 and 6 times a year. I love Minnesota and my family is there, and I just didn’t want my state to go the way of so many other places that didn’t recognize equality for everyone especially when it comes to the civil liberty of getting married which I believe is a right in our country. Richard Carlbom said, ‘Hey, do you think you could come in and do some of the house parties and just talk to people about your experience with the gay community?’ and I said, ‘Absolutely.’

Will Bachmann’s exit from politics cause a desert for political humorists?

“As I have said, when God closes a Bachmann, he opens a Tom Emmer,” said Winstead. “I’m not particularly ever at a loss. There’s Joni Ernst down in Iowa coming in, Tom Cotton in Arkansas, who is going to become maybe the new Ted Cruz, although he’s not as smart as Ted Cruz. The good news about politics is that it is full of politicians.”

Winstead says humor can inform politics by opening the issues and politicians up to new audiences that may not have followed them before.

“I think its best role is to engage people who are not paying attention. It provides political information in spaces where people are. Some people go to certain spaces to find politics, some people don’t — a lot of people don’t actually — so when you can provide humor like on the Daily Show or do a funny sketch on Saturday Night Live or Funny or Die, you’re creating a place where you say, ‘Hey, funny things happen here,’ and sometimes those funny things have a message.”

Winstead’s new project, Lady Parts Justice, uses humor and creativity to bring attention to issues that often don’t get that kind of treatment such as reproductive rights.

“What we are trying to do is bring humor into a very tough area which is local politics. We are trying to engage people. We just launched in July, so we are brand new. We have a website up where people can see a video that talks a little about what’s going on there locally, and then some facts they may not know about their state. Then they can click to some places that they can donate or participate either to us or to organizations that are local.”

Here’s a clip about Minnesota:

“What we want to do is — and the greater goal is — to start forming these smaller versions on a local level, so bringing the creative community together with the activists, communities, whether it be LGBT communities, and feminist communities and repro [reproductive rights] communities. When we are talking about autonomy, that takes the form of many things, and we are all connected in that way. And so if we can identify the politicians who are early in their career who are sort of fighting against the liberty of all of us, and have a little bit of fun with the activists and the creative types getting together and using art and humor to let people know about these politicians and what’s happening, we may be able to cut the pipeline off.”

What can Minnesotans expect from Winstead’s show?

“I divide up the year into categories and I will talk about everything from ISIS to immigration to Pointergate to Grapegate — grape salad as a side dish for Thanksgiving? — really big news stories that some most of the people have heard all of them some of them may be breaking news. I have some film clips and slides and I just run the year — the year of insanity — and talk about where we are at and it’s really run, just like rapid-fire materials on all of it. You name it if it happened this year, I will have some sort of perspective on it. It’s in your face, and hopefully hilarious and edgy.”