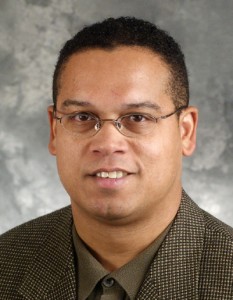 Rep. Keith Ellison, a Democrat representing Minneapolis and surrounding suburbs, is one of 80 members of Congress appealing to the Department of Health and Human Services to end the ban on blood donations by gay and bisexual men.

The letter, obtained by Metro Weekly, calls on HHS Secretary Sylvia Burwell to end the “arbitrary” deferment of sexually active gay man and instead institute a risk-based screening for blood donors.

The letter chastises a proposed policy by HHS Advisory Committee on Blood and Tissue Safety and Availability (ACBTSA) which would change the lifetime ban on gay and bisexual men to one that precludes gay and bisexual men from donating blood within a year of having sexual intercourse.

“Despite clear statements at the ACBTSA meeting that ‘HIV risk is not uniform among MSM,’ the committee nonetheless rejected a policy based on actual individual risk,” the letter stated.

“If we are serious about protecting and enhancing our nation’s blood supply, we must embrace science and reject outdated stereotypes,” the letter says. “As such, we urge you to implement a risk-based blood donation policy for [men who have sex with men], rather than simply another arbitrary time-based deferral.”

The lawmakers noted that a “categorical exclusion based solely on the sex of an individual’s sexual partner — not his actual risk of carrying a transfusion-transmittable infection… Our current blood donation policy prevents many healthy gay and bisexual men from donating blood for their entire lives.”

View this document on Scribd
The Column is a community-supported non-profit news, arts, and media organization. We depend on community support to continue the work of solid LGBT-centric journalism. If you like this article, consider visiting Give MN to make a contribution today.