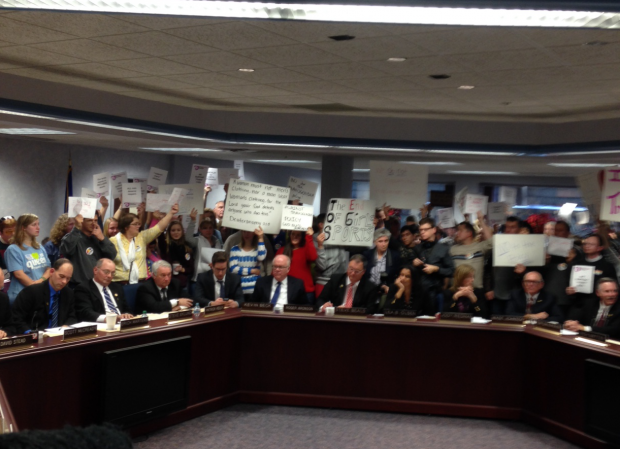 The Minnesota State High School League passed a policy on Thursday morning that provides a framework for schools to allow transgender students to participate in high school extracurricular activities including athletics.

The board voted to send a fact-sheet on transgender students to all MSHSL member schools in the state, and approved a policy that provides for an appeal process for students who have transitioned their gender. The policy says, in part, “In accordance with applicable state and federal laws, rules and regulations, the Minnesota State High School League allows participation for all students regardless of their gender identity or expression in an environment free from discrimination with an equal opportunity for participation in athletics and fine arts.”

The vote was nearly unanimous with one vote against the policy, and one abstention.

Here’s the copy of the proposal:

The vote came after nearly two hours of public comment and board debate. An original vote in early October was tabled after the opposition, led by the Minnesota Child Protection League, took out a full-page ad in the Star Tribune.

The opposition at the hearing was almost exclusively religious: 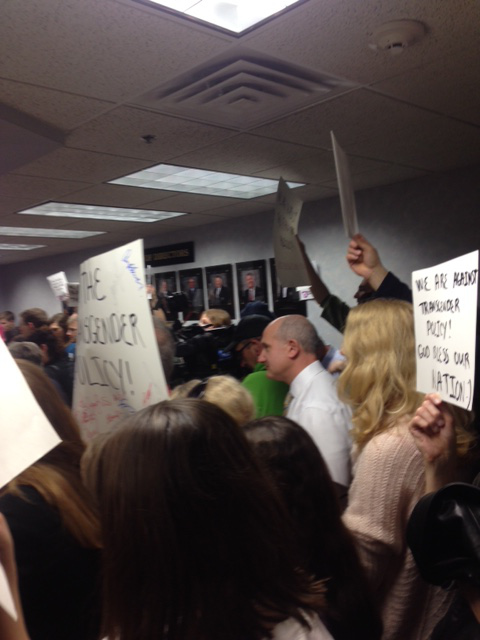 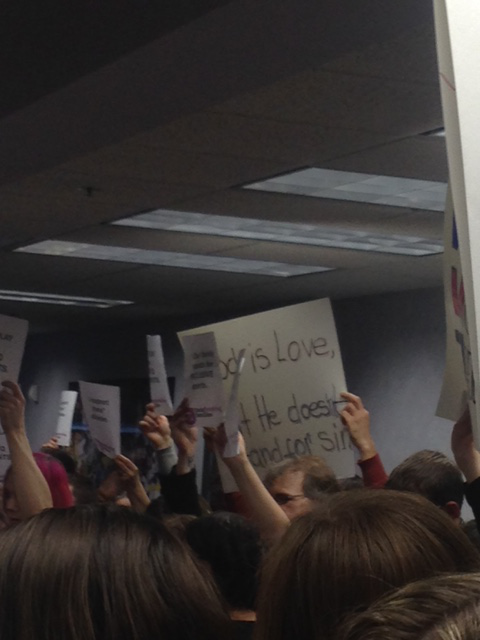 Another sign read, “God is love, but he doesn’t stand for sin.” 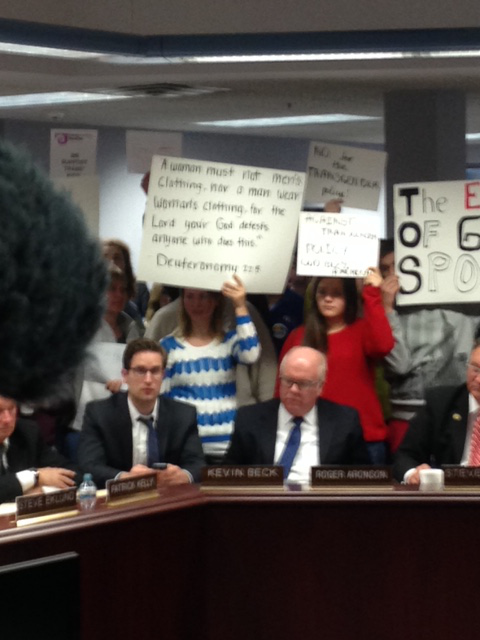 A sign read, “A woman must not wear men’s clothing, nor a man wear woman’s clothing, for the Lord your God detests anyone who does this -Deuteronomy 22:5”

The hearing room was crowded to capacity on Wednesday, and Brooklyn Center police were on hand to diffuse arguments and ensure the room stayed at capacity.

Board member John Millea tweeted some of the confrontations:

Some in the crowd are becoming vocal as vote nears. This is not cool.