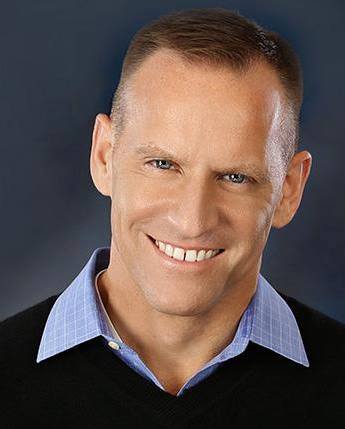 Kelly Phillips, a co-founder of Lush, an LGBT bar in northeast Minneapolis was shot and killed on Monday, Aug. 11. The suspect, Ty Hoffman, is at large. As police continue the search, here’s what is known.

A community leader and vice president at Boston Scientific, Phillips was known for his political activism and charity. He was the co-founder of Lush Food Bar in northeast Minneapolis, a popular gathering spot for the LGBT community. Community members and civic leaders have expressed an outpouring of emotion over Phillips’ death:

Kelly Phillips was thoughtful, wise, loyal…and he loved our neighborhood. He will be sorely missed. http://t.co/rTwZSgLEWX

We mourn the loss of our friend Kelly Phillips, how tragic. He lived behind our original WRC and was a frequent… http://t.co/gpEXyg7Kek

Iowa Law mourns the loss of Kelly Phillips ('91) of Minneapolis. We offer sincere condolences to the Phillips family.

“We are devastated by yesterday’s unexpected death of our dear friend and colleague, Kelly Phillips,” Boston Scientific, Phillips’ employer, said in a statement. “Our thoughts and prayers go out to his family and friends. Kelly will be remembered not only for his great skills as a lawyer, but also for his kindness, gentleness and ability to make those around him feel better about themselves. He will be sorely missed by his many friends here at Boston Scientific.”

As a business owner and Minneapolis resident, Phillips was active in the push for marriage equality in Minnesota and other issues in his community, said City Council Member Jacob Frey.

“He was heavily involved in his community in every single respect,” Frey told the Star Tribune. “While he had money, he just didn’t donate. He was knocking on dorm room doors for marriage equality. He didn’t just sit up on his perch and look down at the world. He got his hands dirty and worked the community.”

Phillips was about to enjoy the new freedom to marry that he had worked so hard to make a reality. He and his fiancé, Nathon Bailey, were to be married on August 30.

Services were held in Mason City over the weekend.

On August 11, at 8:30am, at a Holiday gas station in Arden Hills, witnesses saw a BMW pull up and heard yelling inside the vehicle. Two men got out of the car and the driver of the BMW shot the Phillips three times. The driver shot him again in the head at close range, got in the car, and then ran over Phillips. (star tribune)

“The guy went right over the top of him and shot him in the back of the head, literally in broad daylight,” another witness, Frank Antencio, told CBS Minnesota. “Right in the back of the head. He got in the car and it looked like he was struggling to get the car in gear or whatever, backed up, then ran over the guy’s legs as he was leaving and took off on 96.”

The suspected shooter is Lyle “Ty” Hoffman. Hoffman and Kelly were partners for 15 years, until their relationship dissolved about 3 years ago.

Kathy Simon, Phillips ex-wife from 20 years ago — and still close friend — told the Star Tribune that Phillips told her that “Ty was sort of violent and that he was ending the relationship. I looked him straight in the eye and said, ‘Get a lawyer, you know how this works. Take some steps.’ ” Then “there were money [conflicts], and things were getting a little crazy, it seemed,” regarding the bar, Simon added.

The two had co-founded Lush. But in recent months, the business relationship between the two had started to sour.

Hoffman had been renting a home near Lush that Phillips owned. He was paying $500 a month for the place. The lease expired in January but Hoffman wouldn’t leave so Phillips initiated eviction proceedings. According to the Pioneer Press, Phillips and his attorney had sent Hoffman two courtesy letters asking him to leave. A Hennepin County court granted the eviction and Hoffman was forced to leave the premises in April.

Hoffman then started crashing at other people’s places, Hoffman’s sister Dawn Gominsky told the Star Tribune, including a relative’s cabin in Canada.

At about the same time, Phillips was taking more control of the bar with Hoffman stepping away. “Ty worked at the bar but had no ownership in it,” Fabian Hoffner, a close friend of Phillips, told the Star Tribune.

According to Hoffman’s sister, the loss of the home and job may have been what made him snap.

“He probably just snapped,” Gominsky told the Star Tribune. “Everything he thought he had was gone in an instant.”

“All of a sudden, you find out the rug is pulled out from underneath you,” Gominsky said.

“I’m not saying what Ty did is right, by all means, my God, it’s very wrong. … I’m just saying there are two sides to every story,” Gominsky told the Pioneer Press. “My brother is not a monster. He is a wonderful, smart, good man who was pushed over the edge.”

Police initially took Phillips’ fiancé, Nathon Bailey, into custody but he was quickly released. Authorities then set their sites on Hoffman.

On Tuesday, police searched the area surrounding the Anoka-County Blaine Airport, where the BMW Hoffman was thought to be driving was left abandoned. They named Hoffman as a suspect in Phillips’ murder, but no one had been charged.

By Thursday, an award of $1,000 had been offered by Crime Stoppers for information leading to the arrest of Hoffman.

“Lyle Hoffman was formally charged this afternoon in Ramsey County District Court with one count of intentional Murder in the Second Degree. A nationwide executable warrant has been issued for Mr. Hoffman’s arrest and the State will ask for $1,000,000 bail. To protect the integrity of the ongoing investigation, the Ramsey County Attorney’s Office asked the Court to seal the criminal complaint against Mr. Hoffman until such time as he is in custody.” 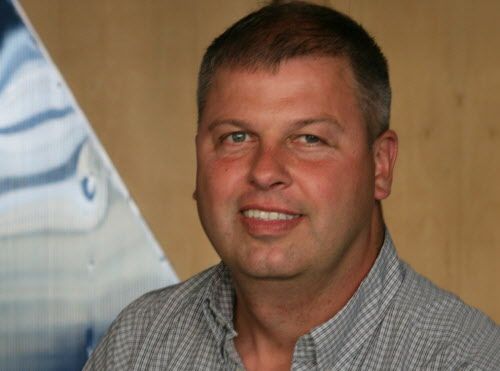 Friday evening, authorities announced that they suspected that family or friends may be aiding Hoffman’s flight from law enforcement.

“[W]e want those individuals to be aware that Mr. Hoffman has now been charged with intentionally murdering Kelly Phillips. By law harboring, aiding or assisting Mr. Hoffman, by word or act, or intentionally aiding him by concealing evidence, providing false or misleading information or otherwise obstructing this investigation is a felony.”

Authorities have provided no updates in the last several days. While they search for Hoffman, those who knew Phillips said goodbye to him over the weekend. Services were held in Phillips’ hometown of Mason City, Iowa.

The “Live Free Without Violence Flag” was raised across Minnesota starting on Wednesday by the Minnesota Coalition of Battered Women. The group released a statement that said, in part:

“In honor of Kelly Phillips and Minnesota’s victims of intimate partner homicide, the Minnesota Coalition for Battered Women and over 70 participating organizations, agencies, universities and
individuals will raise the Live Free Without Violence flag for one week.”

Lush Food Bar posted condolences and announced that the bar would be closed on Tuesday following Monday’s shooting:

The bar re-opened on Thursday, just in time for its 5-year celebration.

Phillips left the bar to his fiancé, and Bailey is getting help from his brother Adam Bailey as the family copes with loss. Adam Bailey says the bar will remain open for the time being, but has an uncertain future. He told WCCO, “He knew that Kelly was worried about the employees here and that it would have been important to him to get this back up, so that these people are being paid, that they’re able to take care of their families.”

Nathon Bailey said his “heart and been ripped up and torn into so many pieces,” by the death of Philips.
“I often wondered what i did to deserve his love,” he said in a statement. “I feel dead inside. I’m not sure can move forward from here… I hope that Kelly will keep us strong and give me the strength to one day touch as many lives as he continues to do.”