Bragging on Minneapolis: The top 10 ways the city made LGBT history

Minneapolis has shaped national LGBT politics in subtle and profound ways. San Francisco and New York City are often credited as the cradle of the modern LGBT movement, but in many ways, that cradle was also Minneapolis.

It’s still not perfect, but Minneapolis has a lot to brag about. This is the first part in a five part series.)

10. A Minneapolitan was first LGBT student body president at an American university. 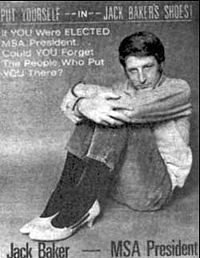 In 1971, Jack Baker became the first openly gay student body president in the United States when he was elected president of the the University of Minnesota student government. He was re-elected in 1972. 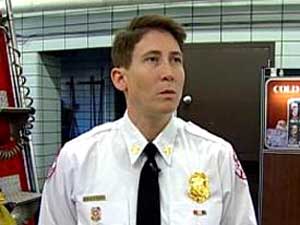 In 2005, Bonnie Bleskachek became the first openly lesbian fire chief of a major metropolitan area in the United States when she was sworn in by Mayor RT Rybak that January. Bleskachek would be demoted several years later after allegations of sexual harassment. 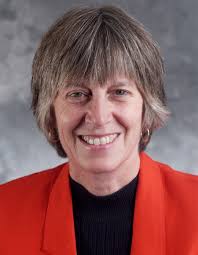 Rep. Karen Clark, who represents parts of south minneapolis, was elected to the Minnesota House of Representatives in 1980 and has become the longest serving openly lesbian member to serve in a state legislature in the United States. 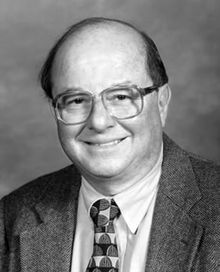 Allen Spear, who represented Minneapolis in the Minnesota Senate, came out as gay in 1974 making him the first openly gay man to serve in a state legislature. He won reelection in 1976 making him the third out LGBT politician to be elected to office in the United States. He served as President of the Minnesota Senate in 1993 making him the highest ranking LGBT state official in history until Tony Miller was appointed California Secretary of State in 1994. Spear passed away in 2008.

6. The nation’s first group specifically for bisexuals formed in Minneapolis

In 1967, the Bi Alliance began at the University of Minnesota offering groups for women, for men, and a newsletter, according to Bi Net USA. Not much else is known about the group, but while gay groups had spouted up before it, the Bi Alliance appears to be the first of its kind. Minneapolis has a strong influence on organizing for bisexual communities. The largest bisexual conference, BECAUSE, was started in Minneapolis by the Minneapolis-based Bisexual Organizing Project. It’s been held in Minneapolis more than a dozen times.

5. The first national gathering of LGBT groups was in Minneapolis 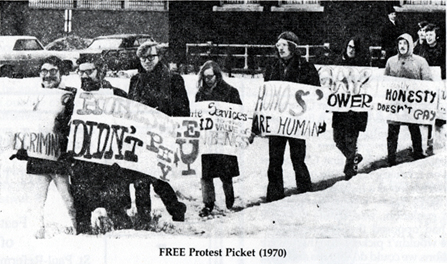 According to Ken Bronson’s Quest for Equality, the convention fell apart because “the delegates spent the weekend trying to ‘outradical’ one another.” Infighting about inclusion of different groups and arguments about whose oppression was worse — women, people of color, gender nonconforming, or economically disadvantaged people — caused the conference to fracture. “People felt it was impossible to determine ‘whose oppression is worse,’” wrote James Chesebro.

4. The first Two-Spirit Gathering in contemporary times was held in Minneapolis 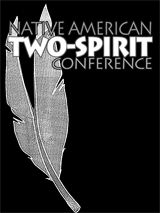 In 1988, Minneapolis hosted the International Gathering of GLBT Natives which birthed the modern Two-Spirit movement.

“The hosting of the 1st Annual International Two Spirit Gatherings began in 1988, in Minnesota, when a local group of Native American gay and lesbian community members in Minneapolis saw the need to launch a cultural revitalization movement,” according to literature from the annual conference. “It was agreed that having alcohol and drug-free gatherings from that point forward would ensure the continuity of the movement and the building of healthy communities and relationships.”

3. The first openly LGBT United States Marshal is a Minneapolitan 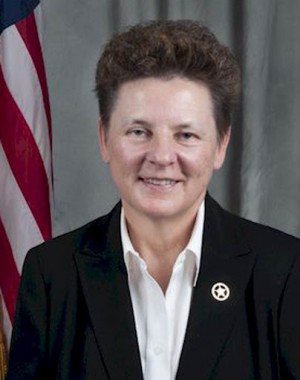 In 2010, President Obama nominated Sharon J. Lubinski for the post of U.S. Marshal for the District of Minnesota. Lubinski had been Assistant Chief of Police for the Minneapolis Police Department.

Sen. Amy Klobuchar recommended Lubinski for the post stating, “Her mix of experience managing a large, urban police department and working in a rural sheriff’s office makes her uniquely qualified to serve in this role.”

President Obama stated when nominating Lubinski, “She has dedicated her career to the noble cause of protecting her fellow Americans. She has displayed exceptional courage in the pursuit of justice, and I am honored to nominate her today to continue her selfless work as a U.S. Marshal for the District of Minnesota.”

How did it happen? Minneapolis passed a non-discrimination ordinance covering sexual orientation in 1974. The next year, that law was revised by the City Council to include a more expansive, trans-inclusive definition of “affectional preference,” as part of a general overhaul of the local human rights ordinance. Although the inclusion of trans people in the 1975 revision was a historic moment for the trans community, it drew little notice from legislators. According to Diana Slyter, a long-time Minneapolis transsexual activist, the transgender-inclusive definition of sexual orientation “sailed through” in a general flurry of progressive legislation enacted just before a newly-elected, more conservative mayor started his term. The passage of that legislation in 1975 has turned out to be a tremendous benefit for trans people elsewhere. Because Minneapolis has had civil rights protections for trans people in place for so long, trans activists now working to pass similar legislation in their communities can point to that city’s experience with transgender inclusion to reassure their own legislators that the sky will not fall if trans people are protected from discrimination and allowed to participate as equal citizens.

1. The nation’s first marriage equality lawsuit was in Minneapolis 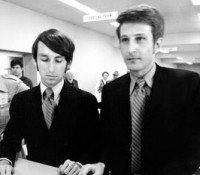 The first same-sex marriage lawsuit in America was filed by a Minneapolis couple in Minneapolis. Jack Baker and Michael McConnell applied for a marriage license in Minneapolis on May 18, 1970. It was also the first time the United States Supreme Court would weigh in on the issue — sort of. When the couple was denied a license they sued and lost in the Minnesota Supreme Court. They appealed to the U.S. Supreme Court which dismissed it “for want of a substantial federal question.”

2 responses to “Bragging on Minneapolis: The top 10 ways the city made LGBT history”