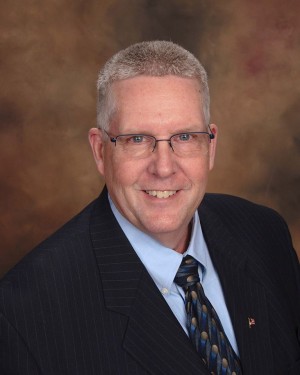 Just to the southeast of Lake Minnetonka lies House District 47A, a legislative district where sodomy has become a campaign issue.

Rep. Ernie Leidiger announced his retirement earlier this year. Leidiger was the Republican House member who invited anti-LGBT preacher Bradlee Dean to give a prayer before the House in 2011.

But when questioned about his position on social issues, Frey added that it “does certainly need to be addressed for what it is. It’s not about the gay agenda but about the science and the financial impact of that agenda. It’s more about sodomy than about pigeonholing a lifestyle.”
Frey then explained his view: “When you have egg and sperm that meet in conception, there’s an enzyme in the front that burns through the egg. The enzyme burns through so the DNA can enter the egg. If the sperm is deposited anally, it’s the enzyme that causes the immune system to fail. That’s why the term is AIDS – autoimmune deficiency system.”

Frey has been working in Christian conservative circles to spread some particularly fact-challenged views of the LGBT community and HIV.

The Pro-Marriage Amendment Forum, an anti-LGBT group founded by Republican Rep. Glenn Gruenhagen of Glencoe and “ex-gay” activist Kevin Peterson produced a video this spring in opposition to the Safe and Supportive Minnesota Schools Act, a new law that will beef up Minnesota’s paltry anti-bullying laws. Frey was a key course in distributing the video (he’s also close to the video’s author; Frey served as Gruenhagen’s campaign manager).

According to Bluestem Prairie:

According to a source in the district, Frey is distributing a DVD that contains “Sodomy, Health, Money, and HF826,” a video created by the Pro-Marriage Amendment Forum. The unnamed narrator of the video claims that the anti-bullying bill now being considered by the Minnesota legislature is part of a plot by elites to infect school children with AIDS so that doctors and drug companies can profit from their suffering.
Long an associate of anti-sodomy crusader Representative Glenn Gruenhagen, Frey serves as Gruenhagen’s campaign committee chair. Gruenhagen and Frey led Citizens For Academic Excellence, a group that fretted about historical documents being altered and the evils of school-to-work, multiculturalism, diversity and violence prevention.
His son Mike Frey, pastor of the Northern Light Baptist Church, serves as Frey’s campaign committee chair; the pastor testified against marriage equality last year in testimony called “outrageously inaccurate” by the Huffington Post.

It also seems that for Bob Frey, opposing sodomy is a family affair. In 2013, when the Minnesota Legislature was debating legalizing marriage equality, Frey’s son Mike gave some startling testimony.

Unfortunately, the Frey’s are spreading false information about AIDS. There is a scientific consensus — and a significant body of research — that shows that AIDS is caused by a virus – Human Immunodeficiency Virus. The virus attacks the human body’s immune system allowing for opportunistic infections to take hold.

There is no reputable research demonstrating an enzyme in sperm that causes immune system collapse.

Despite all the racket from the Frey’s on sodomy, the elder Frey’s campaign website doesn’t mention sodomy or LGBT rights at all.

Bob Frey’s anti-sodomy platform has earned him the endorsements of many prominent Republicans in the area including Rep. Ernie Leidiger whose seat he hopes to take. Gruenhagen is backing him as well. Rep. Cindy Pugh is backing Frey. She’s also an anti-LGBT crusader, and took the lead in spreading false information about the LGBT community during a debate on an anti-bullying bill.

Below are campaign endorsement letters from some of these elected officials: 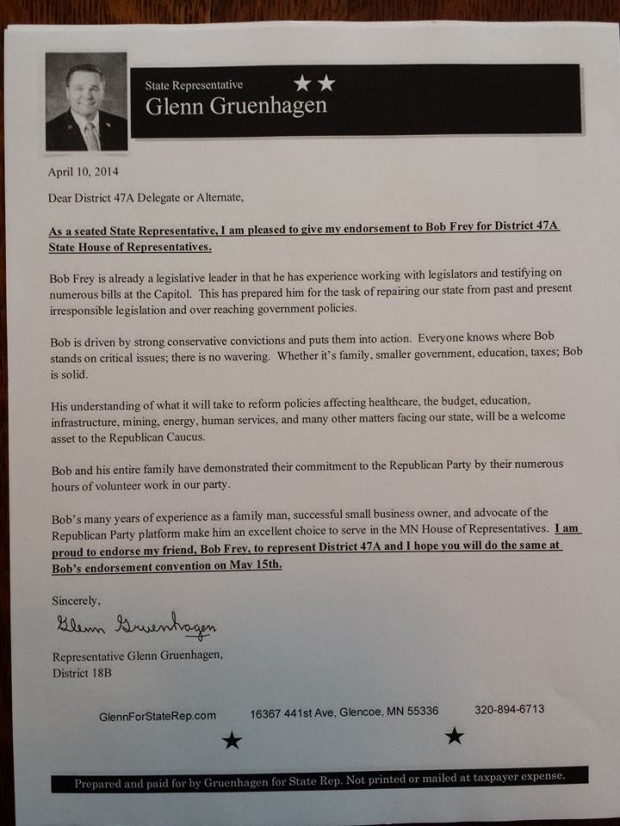 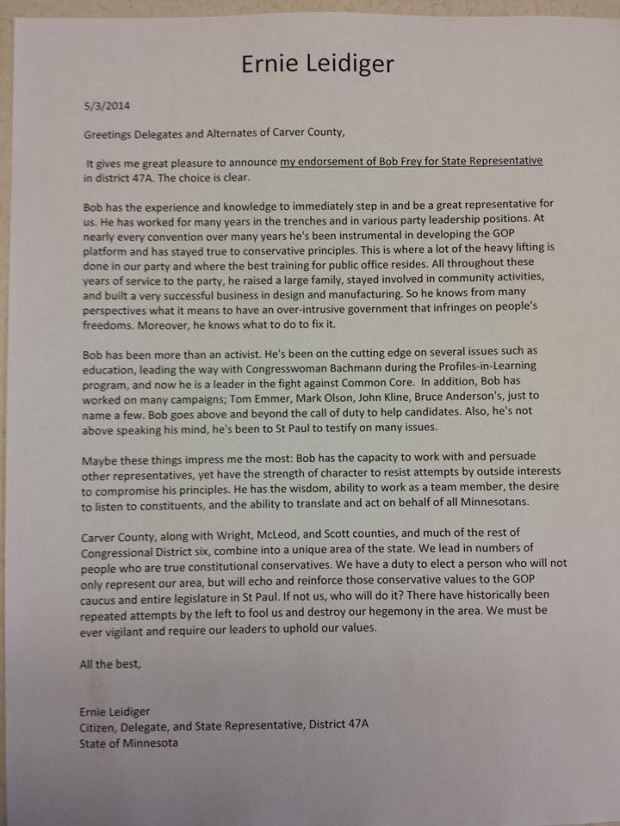 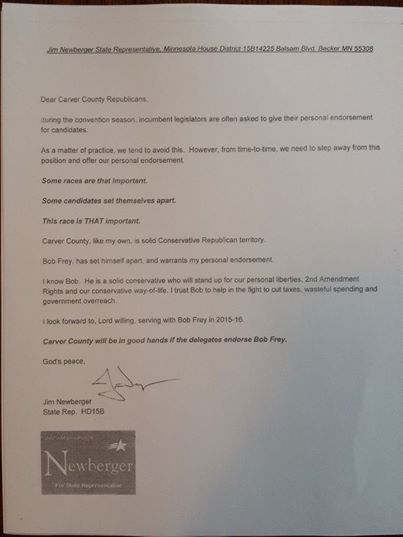 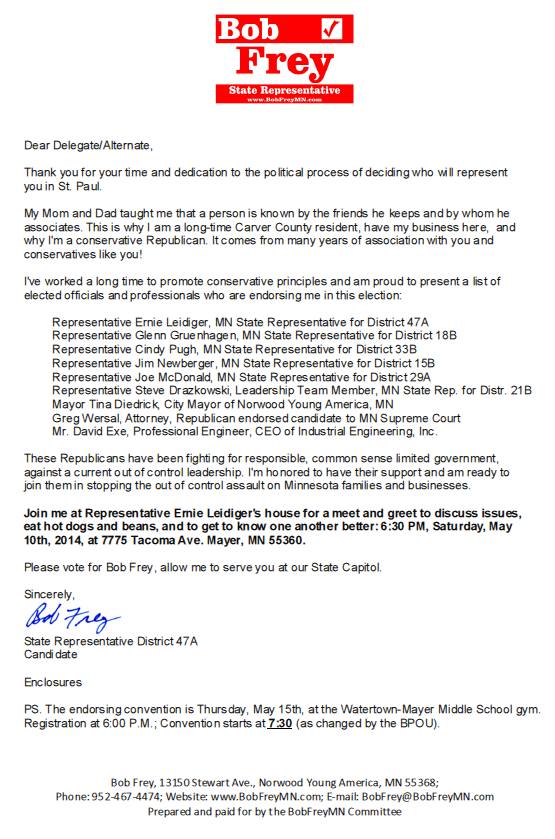