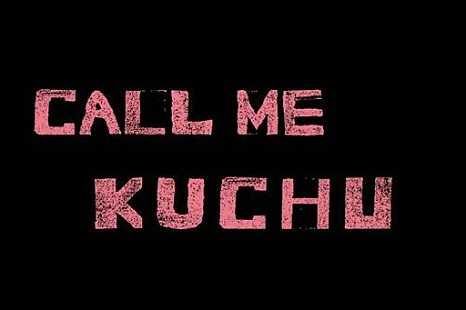 John “Long Jones” Abdallah Wambere, Ugandan LGBT advocate, will be doing a series of talks in Minnesota this week on LGBT rights in Africa.

Wambere’s activism was chronicled in a documentary, Call Me Kuchu, for which he accepted an award for best documentary at the GLAAD Media Awards. Call Me Kuchu was released in 2012 and chronicled the struggles of LGBT Ugandans including the murder of prominent LGBT rights advocate David Kato.

Wambere works with Spectrum Uganda Initiatives, an HIV/AIDS support network and advocacy group in Uganda and he’s also worked with Sexual Minorities Uganda (SMUG), the LGBTI Security Team, and the Civil Society Coalition on Human Rights and Constitutional Law. In addition to Call Me Kuchu, he was featured in the 2010 Vanguard documentary Missionaries of Hate.

On Wednesday, Wambere will be at Hamline University for a screening of Call Me Kuchu and a question and answer session after the screening.

Wabere will also be at the University of Minnesota on Friday, May 2 for a talk titled, LGBTI Rights in Religious and African Politics.

He will speak “on politics, religion, and the human rights situation for LGBTI Ugandans.”

Wambere is being brought to Minnesota as the guest of St. Paul-Reformation Lutheran Church as part of its Wingspan ministry, “a 30-year history of working with and on behalf of LGBT persons for inclusion and justice in both church and society.” The ministry has been focusing on LGBT rights in Uganda, and 100 percent of donations received during Wambere’s visit will go to LGBT rights efforts in Uganda.

Following the talks at Hamline and the University of Minnesota, St. Paul-Reformation Lutheran Church will have an event with Wambere on May 4th. From SPRL’s website:

St. Paul – Reformation Adult Forum: May 4th – SPR welcomes as our guest, Long Jones, a GLBT Activist in Uganda. We are fortunate to be able to host him for his visit to the Twin Cities; and look forward with anticipation to his update and briefing on the situation facing GLBT Ugandans, at the forum. His presentation will be the first such program we have presented by a GLBT Activist, well-known for his advocacy in Uganda. This is a program not to be missed. Following the late service on May 4th, the Uganda Project Team will also host an opportunity to hear further from Long Jones at a brunch in the lower auditorium. All those keenly interested in the situation in Uganda, and especially those unable to hear him at the Adult Forum, are encouraged to stay after late worship.

Transindia: Who Are the Hijras? A Documentary of India’s Forgotten Transgender Community