THE WOMAN! THE COMIC! THE LEGEND!

For years Margaret Cho has been a fave of the LGBT community.  Sometimes raunchy, sometimes sweet often politically-charged and always a bit unpredictable she is a bona fide all purpose entertainer. 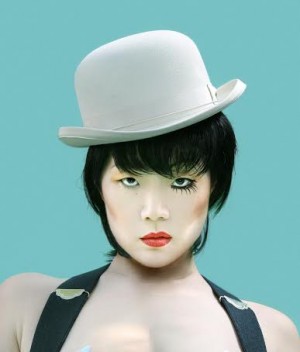 Cho began her career in the early days on the scene in SoCal and has continued non-stop through her ability to conquer all form of media.  Similar to a virus, she has been unrelenting in her opinions and ability to get in the public’s face about her attacks on injustices and support of causes she holds dear.

I am a die-hard fan of her work, and part of the reason I am such a fan is due to the amazing range she has as an entertainer.  I remember her fondly for the role of the sympathetic friend and mediator in the film “It’s My Party” that portrayed a man’s decision of when and how he wanted to die from AIDS in the early years of the epidemic.  I have seen her in concert with Cyndi Lauper’s tour of True Colors in Salt Lake City and on stage at the Orpheum Minneapolis.  Most recently I cannot decide if I like Drop Dead Diva on Netflix or her concerts on DVD more.  I guess that makes me sound a little like a groupie, but I really am just a huge fan!

I can tell you this much is true.  The audience should be prepared to be sometimes offended, sometimes shocked and always entertained with sardonic jabs and acerbic wit and whimsy.  The show is intended for Mature Audiences.  If you know what’s good for you, you won’t delay on purchasing your tickets.  I know I will be in line with my coffee early on April 11th and my guess is so will Peter Gokey (A big fan, and TheColu.mn’s good friend at KFAI’s Fresh Fruit)!

Thanks for swinging this deal TC Pride!

One response to “Margaret Cho to headline TC Pride Concert”