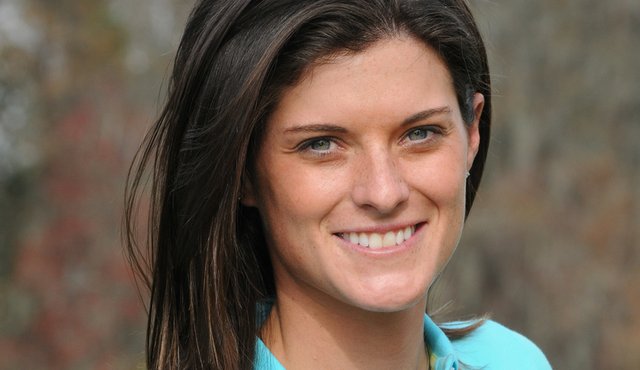 On Tuesday, a court found that the University created a hostile environment for coach Katie Brenny because she is a lesbian, and the court awarded her $526,882 in damages.

Katie Brenny was hired in September 2010 as the Assistant Head Coach for the University of Minnesota women’s golf team, but in the first week on the job, her supervisor made her job miserable, the court found.

Brenny was recruited by the Director of Golf John Harris, and the two met several times to talk about the position which was to include coaching duties. Brenny was eventually hired, but when she moved from her home in North Carolina to take the job at the university, Harris had relegated her to paperwork and menial tasks. Her interactions with the female athletes was restricted, and over the course of a month, Harris concocted a series of disciplinary reasons to force her to resign.

“These adverse actions by Harris as the University’s director of golf were intentional and motivated by his discriminatory animus toward Brenny because of her sexual orientation,” Hennepin County District Judge Thomas Sipkins. “In addition to preventing her from traveling with the women’s golf team and coaching it, Harris began a concerted effort to make Brenny’s ‘job’ and her life miserable,” Sipkins wrote. “He undertook a series of adverse employment actions intended to force her resignation.”

The judge used the Minnesota Human Rights Act, a 1993 law that prohibits discrimination based on sexual orientation and gender identity, to make his decision.

In the time between when Harris was recruited and when she started her job, the rumor mill in the university athletics department had outed her as a lesbian. The court found enough evidence to suggest that Harris created a hostile work environment for Brenny once he learned she was gay.

The judge said that Harris “made the working environment plainly intolerable. She was demeaned, belittled and prevented from performing the job that Harris had recruited her to fill… Brenny was intentionally subjected to disparate treatment based on her sexual orientation.”
Harris, after learning of Brenny’s sexual orientation, forbid her from working directly with the female student athletes. In her first week on the job, Harris told Brenny she could not travel with the women’s team to Charleston, S.C., and instead stay in Minnesota to help with a men’s team tournament. At one point, the court found, Harris said, “Did you really think I would let you travel alone with those 5 girls?”

At the same time Harris was preventing Brenny from doing her job, Harris was assigning those responsibilities to his son-in-law Ernie Rose. He’d even convinced the university athletics department to give Rose in increase in pay and responsibilities despite the fact he was not qualified.

The judge found that the testimony of Rose and Harris was not credible — and several times found evidence that what they said in their defense was not true.

“The university destroyed the text messages and other data from Harris’s university-issued cellphone, which would have been relevant to the issues presented in this case,” Sipkins wrote. “This evidence was in the exclusive possession of the university at the time it was destroyed, and the university had been placed on notice by Brenny not to destroy or alter that evidence.”

Testimony in the case also showed that the women’s golf team members like Brenny and didn’t care that she was a lesbian.

The judge awarded $334,588 in lost wages, $25,000 in mental anguish, $167,294 in pretrial interest, and Brenny and her attorneys will have the opportunity to recoup attorneys fees.

Harris resigned in 2011 after the allegations of discrimination were made public.

For more information, here’s the order: Findings of Fact, Conclusions of Law and Order 3-18-14.