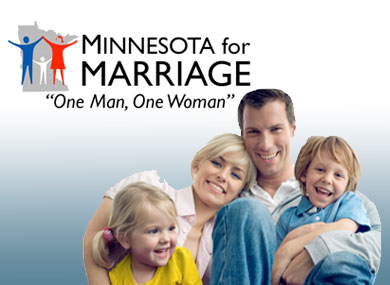 Coverage of an anti-bullying bill should have identified marriage equality opponent.

The paper put together a comprehensive look at the debate over the Safe and Supportive Minnesota Schools Act, but it failed to identify an anti-LGBT lobbyist when she criticized the bill.

The article, titled, Bullying’s a problem. Could this proposed Minnesota law be a solution? states:

Opponents argue that the 20-page bill goes too far by taking away local control and imposing costly new layers of bureaucracy on schools.
“I think it’s a bad bill,” said Crystal Crocker. The Mendota Heights mother of four worries the “one-size fits-all” legislation will degrade parents’ and teachers’ ability to resolve disputes between students and impose a system of anonymous reports with limited parental involvement.
“I’m in total agreement we need to address this,” Crocker said. “We can do so much better for our kids.”

Crocker is more than a “Mendota Heights mother of four.”

She was the director of grassroots and messaging for Minnesota for Marriage, a coalition mainly made up of the Minnesota Family Council, the National Organization for Marriage, and the Minnesota Catholic Conference, three groups opposed to LGBT rights. She worked in both the campaign to amend the state constitution to prohibit marriage for same-sex couples and the campaign against the marriage equality law that passed in 2013.

During the latter, as director of messaging for Minnesota for Marriage, Crocker said, “With the metro area and gay ‘marriage’ lobbyists trying to force gay ‘marriage’ on the majority of Minnesotans who want our state’s marriage law left as it is, we are ready to help Minnesotans around the state connect with their legislators in St. Paul.”

According to an account by the Albert Lea Tribune of a Minnesota for Marriage rally last spring: “We are not against anyone’s rights,” Crystal Crocker, grassroots development and messaging director for Minnesota for Marriage, told the crowd gathered. “(Lesbians, gays, bisexual and transgender people) have all the rights to live as they choose. But they do not have the right to redefine marriage.”

Crocker is even still listed as a lobbyist for Minnesota for Marriage, according to the Minnesota Campaign Finance and Public Disclosure Board.

Crocker was also an outreach coordinator for the Minnesota Catholic Conference and her position was to organize opposition to same-sex marriage.

In that role, she was responsible for much of the messaging against marriage equality by the Catholic Church, including newsletters send to parishes.

Considering that the Pioneer Press gave the Minnesota Catholic Conference considerable space in the article to criticize the bill for including LGBT students, Crocker’s role as lobbyist, organizer, and messenger against a key LGBT issue should have been disclosed.

Here’s what the Pioneer Press wrote about the Minnesota Catholic Conference:

Jessica Zittlow, spokeswoman for the Minnesota Catholic Conference, worries the legislation will dictate how private schools handle student discipline and invade students’ privacy by eventually requiring schools to report information to the state.
“One-size-fits-all reporting mandates, like this so-called ‘Safe Schools’ act proposes, undermines a community’s ability to respond to the unique needs of their students,” Zittlow said in a statement.

Private-school advocates also take issue with the bullying bill because it provides specific protections for lesbian, gay, bisexual and transgendered, or LGBT, students’ “sexual orientation and gender identity.”
The Minnesota Catholic Conference’s legislative platform for the 2013-14 legislative session states: “Combating bullying should never be a pretext to impose an agenda of groups of people, or to undermine the rights of parents to bestow their religious or moral values on their children.”
Jason Adkins, executive director of the conference, said they oppose bullying of all students and support strengthening Minnesota’s anti-bullying laws. He sees the Safe and Supportive Schools Act as a way to “mandate new curriculum and programming, particularly the type promoted by (LGBT rights group) OutFront Minnesota, which is the central activist group pushing for this bill,” Adkins said in a statement.